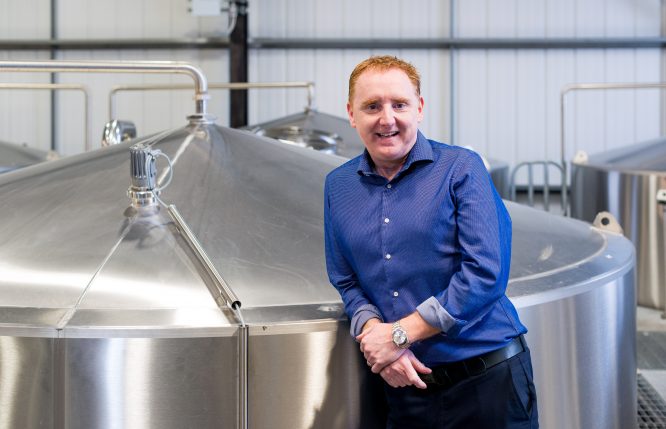 Moorhouse’s Brewery back in profit after seven years

A MAJOR rethink at an East Lancashire brewery has put staff on course for an exciting 2020.

Burnley-based Moorhouse’s Brewery is back in profit after reporting a £37,000 pre-tax profit for the last financial year compared to a pre-tax loss of £275,000 in 2018. The annual turnover has remained constant at around £4.5m.

Moorhouse’s is led by Lee Williams who was appointed MD in April 2017. The company is in year two of its turnaround plan which has seen a full rebrand of the business as well as a cost saving programme of initiatives. This has included working more closely with key stakeholders in its supply chain, implementing new and more efficient ways of working, and investing in new product development as well as core equipment and infrastructure including new vehicles, IT systems and solar panels.

Lee has also overseen major changes to the sales mix and improvements to customer service – most notably re-vamping the delivery function and opening up new distribution channels which has seen the brewery securing its first export order since 2016.

Prior to joining Moorhouse’s, Lee worked in the beer drinks industry for nearly 25 years including senior roles at Thwaites Brewery and Marston’s PLC. His background has included sales and marketing as well as strategy and business development.

Lee said: “We are delighted the business is now back in profit, this has been a real team effort but this is just the start. Our focus is on building on these solid foundations to make Moorhouse’s as strong as possible. We have to continue this momentum, and new product development alongside some new retail bars will be at the heart of how we create a sustainable future for the brand.

Lee commented: The turnaround programme, which started back in the summer 2017, is starting to pay real dividends and much of its success is down to the efforts and dedication of the entire team.  Along with all of the logistical and cost saving initiatives that have been brought in,  we have also created an environment where the team can now play an active role in assuming responsibility for making the changes that were needed to turn the fortunes of the business around.”

He added: The cask beer sector is incredibly challenging with the highest number of breweries on record chasing a market that is in decline, so central to our strategy has been maintaining Moorhouse’s long-standing reputation of brewing quality beer. This is reflected in a number of recent award wins including gongs at the Society of Independent Brewers Awards and at the World Beer Awards.”